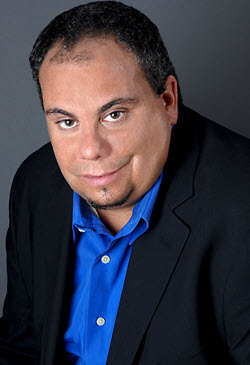 It has been a wild week from the acquisition of Saba by Cornerstone to the ability to compare systems in detail on FindAnLMS, to the Coronavirus and the usage of Microsoft Teams as part of the L&D experience.

A lot of readers and folks on various social media have asked about my perspective on a variety of areas, so without further adieu

The Virus and Trade Shows in our Industry

With more and more corporate entities telling their employees not to come into the office and/or do not do any business related travel, I am calling on Learning Solutions and ATD to cancel their trade shows for 2020.   Even if they stay the course, you can clearly expect lower turnouts, and the potential that someone could catch the virus at the show via another attendee, who isn’t aware they have the virus.

Vendors who have a booth would need to have disinfectant, hand sanitizers and wipes with them at all time, and rub down anyplace that someone put their hand on, on a regular basis, and not say once a day.   It is quite common for folks to do handshakes, hugs at the show, both of which would have to be stopped.  Then you have the “how do I get there” for the show, with airlines scaling back flights.

Let’s do lunch.  Let’s say you have your brown bag lunch from the show.  WidgetWally grabs one bag, changes his mind, and grabs another.  Unbeknownst to anyone, including WW, he has the virus.  Now, attendee X grabs the first bag, that WW initially grabbed, and whalla, virus expansion.

I’d recommend that Learning Solutions which is scheduled for the end of March-early April to announce their cancellation for 2020 or a postponement to the Fall.    ATD2020, to cancel their show in Denver or postpone to the fall.  I would hope they would think about their attendees more than the revenue.

The Virus and Impact to Online Learning

If I was in EdTech I’d be thrilled, because universities and schools are telling their students to go online and take courses.  There will be more universities shutting down for a month or two, from a student standpoint and instead pressing them to go online.

On the corporate side it becomes a bit dicey.  The virus is already starting to create a financial crisis, and likely will lead to a recession not just in the states, which is showing already some financial strain in certain markets, but globally as well.

For anyone who is in L&D, HR and Marketing, the typical three that get cut when there is a financial recession, budgets will get tooled back as well.  If you are in the travel industry, specifically airlines and cruise lines and were looking at buying a learning system, those plans may have to be on hold.

Consumer goods are to follow, after all, if consumers are not going out and buying (and cutting interest rates to zero, wouldn’t be a factor to someone who is debating about going to the theater), then a ripple effect occurs.

In past recessions, the e-learning market took a hit. Especially on the vendor side, whereas pricing for systems, dropped in cost.  Seat pricing (price per seat, per user, per year),  dropped, as did setup fees and other fees.  Many vendors stopped charging for APIs, per seat costs were in the low to mid 20’s for 1,000 learners, with some vendors going lower.

APIs are often charged at 1,000 per API, with some vendors going 2K per API.  If budgets are scaled back, then pricing will reflect that.

The latest rage in the learning space is the heavy usage of Microsoft Teams as a key component for employees training/learning.   It reminds me of the days of the Community of Practice, with obviously a refresh of a better design and additional capabilities.

In order for Microsoft Teams to be leveraged as a component or stronger part of your learning, you should look for either of these two options

If you decide to do neither, then recognize that the ability to share files, and other pieces of content, web cam each other, text and do more is nothing more than a COP of yesteryear which did the exact same thing, even some had a webinar capability via a web conferencing tool.  Sharing is just one part of learning, and should not be the only thing that drives learning.

For fans of upskilling, Microsoft Teams and even Slack should not be the solutions you see as the answer to skills acquisition or on-going development without using a CDS or a learning system app or API for that matter that goes within the system.

Nor is either of these applications, Microsoft Teams or Slack, an LXP.

Upskilling is a trend that is on fire, but what about reskilling?

Reskilling to me is the bigger challenge for companies, and even associations (member and trade) in the coming years.  Think of how many employees who are in industries where automation is either taking over or impacting at a higher level than in the past, and will need to be re-trained with new skills.

And then we have folks whose industry, i.e. mining is being scaled back, these individuals will need to be retrained, and thus re-skilled.

Who pays for it?  Should it be the states, government at the federal level or the companies themselves?  If the government cuts the budget for a facility to provide re-skilling, then again, who is willing to take charge and help these folks?

As a whole, countries are awful about re-skilling their workforce. The U.S. for example, is especially bad. The 50’s-mid 70’s are not coming back, and thus, industries that played strong in fossil fuels and alike, are being phased out.  These folks, need to be reskilled, and online learning is a great way to go about it.   But they need a place to go to do so, or an organization to provide technology for them to have at home.

Until the corporate space recognizes the reskilling aspect as a worthy undertaking, then it fall onto the government to resolve it, and we all know how that will go.

I viewed the buy as more of what it told me about Saba, rather than Cornerstone.  Privately, and this is going back a decade, Saba saw themselves as a performance management solution. Yet, most folks buy two or more modules, with learning being a key one.

Years ago, when Saba was acquired by a PE, I thought that the PE would break up Saba and keep the learning and performance modules.   Well, that didn’t happen.

A year ago, Saba went buying.  They picked up Lumesse which also had an LXP as well.  There were factors for the buy, but one of which was EMEA, where Saba was poor, and Lumesse was not.   Saba also wanted to improve their learning.   Plus they recognized the need for an LXP, and whalla, now they had one.

From a NexGen standpoint, Saba really was further ahead that many vendors, their learning side of the house had vastly improved and the LXP (viewable on Findanlms.com’s FindAnLMS) was a nice solution.

But Saba had done poorly with marketing the LXP, really poorly to be frank, and the days of seeing Saba at trade show in the e-learning space has been quite sparse compared to years’ before.

Will Saba remain a separate product under the Cornerstone name,  I’m sitting on the fence on that one.  Short term sure, long-term, not seeing it.

You can expect more buys in 2020.  The Access Group, is already acquired another vendor – HR (not yet public), and I wouldn’t be surprised if they buy someone else before the end of 2020.

There are already a few systems in the learning space that are “privately” on the market, and even a few e-learning tools.

From a financial standpoint, the market is red hot in terms of acquisitions with PEs and others providing the capital for vendors to buy others.  The problem though is that sometimes the buys make very little sense from a technology standpoint, and are often about the customers, leaving the original system to be nothing more than a shell of its former self, and a skeleton crew maintaining it.

Drop Talent Management once and for all

I never liked the term talent management.  It sounded like you worked in the entertainment industry as an agent.  It had this weird punch as some better than thou spin, okay maybe that is just my sense.

Let’s replace it with a series of words that make more sense,  Workforce Development.  Really, that is what performance mgt/talent mgt is isn’t?  If you are a system that is the TM focus with learning secondary, than Workforce Development seems to be what you are trying to accomplish.

An HCM could be renamed, Workforce Management, and that is fair.  Under a WM would be recruiting, compensation, etc.

Yes, the 2020 have rolled out, but 2021 is just around the corner, okay 9 months from now, but why wait months to go by without knowing what I am seeing?

It is early, but the best Totara partner and Moodle partner is eThink (can be found on FindAnLMS).  I have them #1 in the Totara and Moodle category.

Customer Training continues to be led by Thought Industries, with Skilljar, and Absorb LMS rounding out the top three (all are on FindAnLMS, btw)

New vendor to pay attention to (A new category in 2021) – I have several on my list, including thinqi.

In the association market,  D2L (also on FindAnLMS) continues to lead the pack, but others including Thinking Cap are worth consideration.  Personally, I’ve never been a fan of someone buying an association management platform that comes with a learning component.  Why?  Because their main focus isn’t learning.

That is like buying a talent management system that has training as a component.   It is there, because it has to be, not because the vendor is investing heavy R&D into it.

I hear from folks all the time, asking me how I compare Degreed to EdCast to Docebo. Well, with my platformFindAnLMS, you can now compare all those vendors and more (up to four at any given time) and see for yourself.   Curious to know the similarities and differences between Cornerstone and SumTotal?  Say no more, because on FindAnLMS now you can.

Plus you can see additional information, including price ranges, user base (minimum), implementation and details too.   Best of all it is 100% Free.

48 of my Top 50 Learning Systems can be found on FindAnLMS.   Thus, if you want to see and compare CrossKnowledge (#1 in the top 50) against Fuse, now you can.  Or if you are curious on why some many folks were interested in Area9, with FindAnLMS, you will be able to see for yourselves.

These are just some of my quick thoughts for the early month of March. A few are trends, others observations.

And all of them,