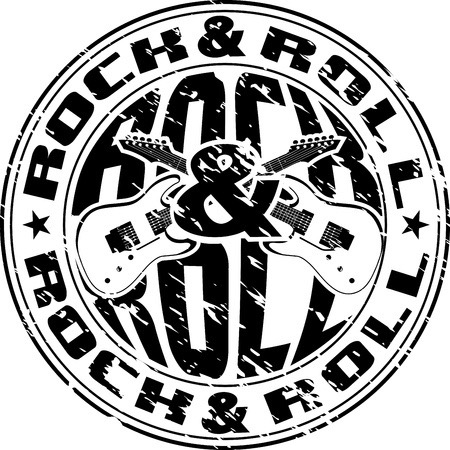 Do you envision or better yet salivate at the thought that Oculus Rift is coming to your training department soon?  Do you wish that there was learning tech that you could lighten up the whole e-learning experience?

Curious to know what you can expect to see and listen to – okay read – but go with me on this one – in the coming year?

Wondering what is the next evolution of social in the e-learning space – guess, what I’ll tell you and how it will start off as a slow ride but eventually make you scream “I can’t drive 55!”

So, Are you ready to Rock and Roll?   Stand up – you, you will the soda in one hand and bag of chips in another, rise up – clapping is allowed and what is that funny smoke smell…?

I’m Talking to you, can you hear me? See me?

Apps – Get ready to be Thunderstruck

Yes, apps exist – but mostly just to do the usual. Take courses, assessments, view content, maybe manager and instructor capabilities along with some on/off synch, when available (referring to self-contained apps).

However, what is on the way are apps that add a touch of real life into the mix, specifically

An add-on? You bet – but not from a fee standpoint, rather an added value to the mobile options itself.

At this time it is not yet self-contained, however come back to me by late 2016 and I think you will see that those that dive into this new technological end will go that route.

Interesting take – but since OR is not yet live, and has some serious issues, the learning tech is there, however, I’m not sold on right now with the whole LMS experience.

The challenge right now is having it as a huge benefit for training – I mean yeah, you can have one that teaches leadership; but I’m going back to content – your content.

The racing game was cool and the ability to add your own content was cool too; but it is missing something.

A form of radar love? Who knows.  Since it’s still a destination unknown.

Unless you have been rocking around the clock without a care in the world, is it more than likely that VR has become part of your vernacular.

There is definitely a lot of fanfare behind it and what are the possibilities of such a tool, and I would call it a potential e-learning tool.

Even though VR headsets exist today, one specifically for Samsung Galaxy, others – being actual headsets for whatever, the challenges that the biggest name in play or soon to be Oculus Rift exists.

And here they are – first from the VR headset itself

A gamer will likely drop the cash for it. A training/L&D/HR department – don’t see it.  For the masses of consumers – price point has to significantly drop.

Not exactly, the fun factor.  Anyone who has played with any VR headset including the Google Cardboard with your smartphone, and certain games, know the thrill or lack thereof.   I played a rollercoaster game on Google Cardboard and enjoyed motion sickness after a few moments.

It’s My Life in the Training, L&D and HR department

Again, let me be clear that I think VR has extraordinary potential, but from a training/L&D angle, there are serious hurdles that have to be jumped first

A.  Cost – Budgets are still being slashed.  The days of buying whatever you want for your e-learning program are gone. I mean this isn’t bang a gong and watch the cash flow in front of your eyes.  Unless of course you have Betty Davis eyes.   Seriously, though the fees must drop and…

B. Benefit – In finishing the above sentence, the benefit must exist. Why get even one VR headset if there isn’t any benefit. Sure there are great opportunities, however there are equal pernicious concerns too.

Weighing each option must be considered.  I can see the “real life/real world” – scenario based learning situation working quite well with a VR headset, as I can see some type of linear yuckiness too – which in my opinion would create a harmful effect – as in people hating it.

For some of you, it is already in existence now with your courses.

C. Content – How are you or your team going to create the content. Video – okay, but you will need the technology to do it – and I’m not seeing your current authoring tool, helping in that endeavor.  What will that video look like?  No, this is has to be immersive content, that is still engaging and interactive – and those two parts are essential.

For example, let’s say Cory is planning on having his L&D team create a VR course.

He would need to know what format to build it in, what the design would look like, how it would be built – as in using ID principles or something new or exploratory, what will be the output, benefit, value and extraction of useful data.

Yes, having fun is important, but there are plenty of suspicious minds out there, who will ask about the end game.

Training/L&D with e-learning is in my opinion, a data point.

In order to build worthwhile content, you need to know what is working, what isn’t – and why, where are the training gaps and how to resolve them.

You cannot get that by just creating something, letting people immerse themselves into it and then wing it.  This isn’t live and let live.

Sure you could say to me, “Hey, Craig, my department is not about being Mr. Roboto here,” and yes I concur.  Yet, data must exist – and analytics to assess on the training end  side must be in play.

D. Standards – I wanna have fun – should be the mantra for any e-learning piece of content, let alone any device that outputs a form of engagement.  As a tool itself – if you never plan to utilize it in a LMS, the standards and data/analytics for that matter isn’t relevant or needed.

BUT, at some point there will be folks clambering to have their VR course in an LMS. How will that work? Tracking wise?   SCORM – uh, no. xAPI? Go for it, but this isn’t a should I stay or go approach  Next.

Breaking the silence can only be achieve through learning technology and the items listed above are just the first new items to be seen.

There will be good times, bad times.

But I’m going to shout it out to everyone in the e-learning world, let alone the training and L&D space,

For those about to rock with learning technology

Game Time:  Throughout this blog, there are plenty of rock and roll references – from a music standpoint.

Find the songs or pieces of songs that are in the blog and the song piece or song title, along with the artist (could be band too) who sang it.  Send the list to craig.weiss@elearning247.co  –  in the subject header – “Rock N Roll”

Whoever gets the highest amount (if there is a tie – a drawing will be conducted to pick the winner),  will receive a copy of my Top 50 LMSs report for 2016.

I could make this easier by telling you how many references are in there. But, I’m just not that kind of person.  I will say though that there are songs in there from the 50’s, 70’s and 80’s.   And there are no songs from the Beatles or the Rolling Stones – sorry folks.

B2: No blog next week – I’ll be finishing up my traveling around Europe meeting clients. However, “State of the Authoring Tool Industry” including my current top five, will appear the week of the April 26th.

And as they say, another one bites the dust.