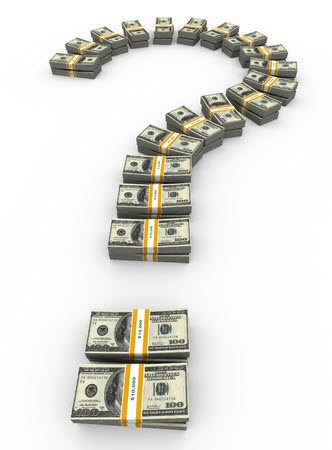 Webvan, went public with a valuation of 1.2B. After three years, they went bankrupt. (later on “folded in” to Amazon – term “folded in” stated in Wikipedia)

Broadcast.com made Mark Cuban super rich and he got the last laugh. The IPO went for 1 billion.  Yahoo bought Broadcast.com did nothing really with it, by 06 it was gone.

I received 40,000 shares of stock in a company that was pre-IPO.  Riches were dreamed of.  The company was receiving high investment from an equity firm (shall remain nameless).  Eventually sold to another firm.   One day, I received my check for my shares.

In the past few years

Grovo receives 40M in series C funding -total amount including a previous 25 million in funding – 65 million (as of end of Jan. 2016)

What’s it all mean

Over-valuation.  Blazing through the LMS industry.   And it reminds of me of the years of 1998-2000, when the dot.coms seemed to be on fire too,  only to crash and burn.

This will not happen to the LMS space, i.e. crash and burn, but everything points to people, whether they be another company, venture capitalists or Equity firms dumping bucks into the space, at a similar speed to dot.com

In those days, everyone wanted in. Firms over paid for companies.   VC’s all wanted in, investment capital to everything and anything, including companies whose plan to make money screamed, no way will these guys break even.

Pitch an idea.  Write it on a napkin.

Here’s some funding.    Wanna buy me?  Money please and thank you very much.

There are VCs and equity firms who are investing wisely into the space.  Kass Capital a total of 5.8 million into Docebo (inc. buying out other investors who had invested in Docebo).  While I cannot say publicly Docebo’s revenue for 16, nor projections for 17 (and yes, I do know), I will say it is a smart and wise move.

But some of the recent deals and investment of capital to some folks, literally screams of over-valuation.

Are they worth it – right now?

I like Grovo as a product, but their pitch as the original micro-learning platform (read in one press release) is a twist on reality – great marketing, but really? Because they weren’t.  This is because any vendor/platform/system could provide micro-learning since the start of the LMS space in the late 90’s.  Heck, I was building micro courses in 2000 and my cloud based LMS hosted them just fine.

And I should note that they initially sold content/courses.  Yeah they were short bytes, but it wasn’t a platform, only in the sense it was housed on a platform.

And are they worth the 65M invested into them already?  Not in my opinion.  Maybe down the road they will deliver, but right now, no.

Learning Technology Group paying what amounts to nearly 70 million dollars for Net Dimensions is stunning.  They stated there was another player in the mix to buy Net D.  If they were even in that range too, someone should fire whoever thought that was a smart move.

I saw Net D in the 35 million dollars range.  This is a company who has been around a long time in the space.   Are they worth 70m USD?  I’ll let you decide. 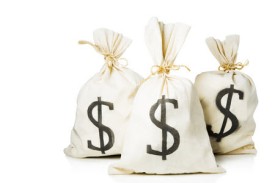 Still stunned that they paid 1.5B USD for Lynda.com.  I know people who fawn all over lynda.com but a lot of the content/courses are fair at best.  It is by no means the best stuff I’ve ever seen for 3rd party content/course vendor.

When you toss in some of the experts as identified by lynda.com who are doing either the VO (voice-over) or on camera or a mix of two, let’s just say that as a whole, there is a reason many of us do not allow our SMEs to train others in person or do a VO of a screen recording.

On top of all that, it seemed to me that Linkedin had no real game plan going in when they made the buy.  Rather than including the courses at no charge to their subscribers (Linkedin that is),  you clicked on a link to buy via Lynda.com.  And took the courses on Lynda.com site.

Microsoft who bought Linkedin, seems to have figured out how to best incorporate it, but they as well, haven’t maximized its potential, when it comes to utilization with Linkedin.

Oh and the Linkedin Learning platform is missing major feature sets that are standards in the space.  This tells me a lot. 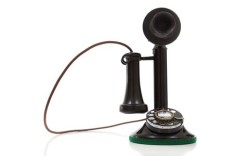 That is what a lot of vendors right now in the space are hearing.  Pick up the phone and VCs abound wanting in. I know folks who receive multiple calls a day.  Heck, I’ve had VCs call me – they want the information – but pay for it? Ha.

One firm was seeking an LMS vendor who could hit 100M revenue within three years, at a max of five years.  Considering that the range in the industry is 2-12 million USD, with a nice chunk in the 3-5 million range, not seeing it.

Sure there are folks out there generating 100M plus, but it is far from the majority, more so, the minority.

Okay, any day.  Let’s see VCs calling wanting to invest, reminds you of something? Maybe dot.com?

A recent acquisition of Learning Heroes by Callidus Cloud, is an interesting development.

Callidus noted in their press release that the buy was to help expand into EMEA, although in another release it said Europe.  That said, Learning Heroes had told me, prior to the acquisition, that they were doing well in the United States (not totally sold on that) but they had people in the states buying their content/courses.   And they had some deals in place with LMS vendors who sold either into the states or were based in the U.S.

So, while the notice implies a focus for Europe, I do not buy into the goal of the acquisition specifically for Europe, rather it was to provide their own content (i.e. Callidus) into their LMS at no additional charge to their customer base.

I mean I would.

What I have seen with other vendors and the European market when it comes to content/courses s interesting.

There is consolidation occurring in the UK (not Europe LMS vendors as a whole), but for the most part it is e-learning vendors (more so in the LMS space) acquiring either 3rd party content/course providers and/or custom development in either a single or multiple niche verticals.

Speaking of consolidation on the whole the numbers are significantly low.  After all, we are talking about more than 1,300 LMS/learning platform and subsets of LMSs in the global market.  Then toss in thousands of custom development shops and an estimate of at least 50 3rd party content providers (who openly will sell courses, there are some not so open, but you can pull a deal, and thus I would not put them into the 3rd party right awazy buy), add that all up, and numbers are pale.

Think of it this way, a few years back, with far less vendors in the space, the consolidation rate was .0025% (globally).

The LMS space is growing.  The problem though is that many VCs who want in, have no knowledge of the e-learning industry (why it was created in the first place), no knowledge of learning/training and development and thus how the value of an LMS and e-learning fits.

Take a deep look into what is happening and ask yourself is there a trend developing here when it comes to the amount of funding willing to be given to LMS/learning platform vendors.

The only thing missing

with an idea for a LMS,

and the funding to make it happen.

Which I’m sure is just around the corner

If you pick up the phone.