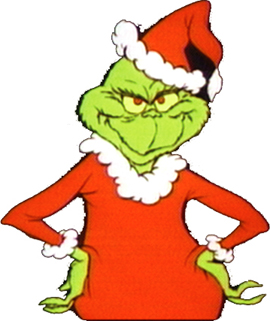 It is just a 1.5 weeks away. That is what you say as you are either forced to go to the mall or forced to eat something that looks like it came from the stone age at your holiday party or forced to listen to someone else tell you what an amazing holiday vacation they are about to have and you won’t.

Yessir, it is the holidays.  And with any holiday festivities, there are lots of guides.

But this is no ordinary guide, rather it is a guide to save you money, avoid the pitfalls and the traps.

I often bring these up, because in the LMS world this is a major driver in what the system will cost you.  And as mentioned prior, the seat cost is completely arbitrary.  That’s right, there is no secret formula. No one pulling out a Ouija board and asking the spirits to come up with the numbers, although actually that may work, since those numbers they are tossing for the most part of just numbers out of the air.

But vendors are in the business to make money and honestly, I have no problem with that. What I do have an issue with, is when vendors are so blatant in gouging the customer with ludicrous seat pricing.

Here is how it is supposed to go when figuring out seat pricing (i.e. one user name and one password)

And yet, time after time, and more so lately, I have seen some vendors who fail to follow the basic rules.

GIFT GUIDE #1 – HOW MUCH SHOULD IT COST

Everyone knows that it is about the numbers.  Yes, you have to have the right feature sets and UI and support/service, but if the numbers don’t work, then all that other stuff won’t work either – in other words, it is highly unlikely that you will sign if the numbers are not in your budget.

Thus, figuring out what you should pay is very very important.

Two rules of strategy come into play here.  A vendor might be going with Blue Ocean strategy, whereas the goal is to build mass. As such, the price per seat is going to be much lower than the norm (and I have no prob with that).  I have seen some really amazing platforms with uber inexpensive pricing per seat – because they are using Blue Ocean.

The other strategy rule is to drop pricing if you are penetrating into a new vertical or market where there is competition already.  This happens in any marketplace and in the LMS world it is no different.  If I am known for technology but decide to enter retail, I need to attract and land customers.  One of the best ways is by price.

I often hear both of these statements from consumers and sadly to report, that neither is true.  As noted above, their are various factors and/or strategy as to why one price is much lower than another (assuming the systems are comparative in feature sets, etc.).

You cannot assume that if Vendor A is charging $9 per seat (and whose system is very close to Vendor B or Vendor C) and Vendor B is $35 a seat, Vendor C is $40 a seat, that Vendor C must be the best one or that Vendor A is cheap or there is something wrong with it.

I have seen pricing that would make you cry and not happy tears, from some high priced platforms.  Name recognition is one thing, but being well known does not mean the system is any better (it may or may not be), nor does it mean it should cost more (never).  And yes, the same applies the other way around.

Please note that this pricing is based on seat variables, under the assumption of bundle seating, rather than buying one seat at a time (which rarely happens, although some B2B price models are starting to change that).

Remember the higher number of seats, the lower the price.  A seat to me is defined as one end user (learner), with one user name and one password.

Personally, I think it should never be higher than $30 a seat.  Anyway, if your vendor just quoted you $60 a seat and you have 500 users you are definitely being ripped off.  And in that case, I have some land available in the Venice of Upstate New York, Love Canal – which is a really good deal.

The industry standard is bundled seats, which means you purchase a bundle of seats and if you go over that bundle in a course of a year, the vendor will charge a per seat basis (but may do so with another bundle range of say 25 seats).

The ranges below are based on a min. of 250 seats and there are some caveats.

Personally, I think it is a mistake.  The idea is that if you have more seats you have a higher budget than someone with less seats, but that is total garbage.  You might have 10,000 seats and your budget is lower than someone with 500 seats – you just don’t know.  Anyway, that is a irritant for me.

Actually you might be, if you see what some vendors have charged customers in the past, and quite likely still today.

Nowadays you pay more up front than you ever did before.  And what you get with that setup fee is all over the board. At the minimum they include updates and maintenance, skinning/branding with some basic support.  IT should include a project manager or whoever is going to oversee your implementation on their side of the house.

Some vendors will now toss in a custom course or some courses into it OR project hours (and they state what it is).

I hate it when a vendor says, well we need a range or we have to give you a range for this. I say bull turds!  If they haven’t figured out their costs yet, they are in bigger trouble than you might think.   It is one thing to have separate range or estimates for interfaces into or out of ERP, HRIS, CRM, database, etc.  or for a totally new customized piece that does not exist – and yeah, that is range or estimate acceptable.

But not the items they list – maintenance, updates, support and so on.     Vendors that pull that range stuff for setup fees (and those interfaces, integrations could go as separate line items), concerns me.

A ploy the range estimates love to play is the “we are not so sure” angle.   Again, excluding the interfaces/integrations which should be separate line items and not in setup to begin with, what is the challenge here?

You do not know your cost for skinning? Adding me to either a shared server or a private server?

This is the holiday season.  Known for super deals..SUPER DEALS..SUPER SPECTACULAR one day deals and deals and more deals.

But the deal you might think you are getting with your LMS,

May not be the deal you think it really is.